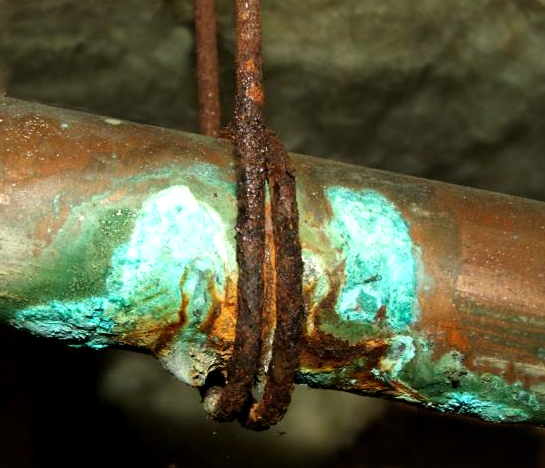 Some further literature on electrolysis (also known as ‘stray current’)

Electrolysis in an automotive cooling system can be hazardous to the lifespan of metal and in particular aluminium. It is often left unnoticed until it is too late and leaks have already begun forming.

Electrolysis is extremely corrosive and eats away the inside lining of aluminium parts, especially thinner parts like aluminium heater cores. Low current such as 0.15 to 0.20 volts can damage an aluminium engine block and many of its components. Aftermarket systems that have been added, such as, stereos or RT Radios sometimes require additional grounds.

It is caused by current passing through the coolant making contact with the metal components in the cooling system. This sometimes happens after adding an aftermarket part or breaking a ground, and can be fixed by simply replacing the ground. Either way to correct this type of electrolysis, the part or connection causing the excess current must be found and repaired.

Over time coolant breaks down and becomes slightly acidic and must be replaced. Changing and flushing the coolant will correct this second type of electrolysis. This does not mean that straight coolant is best either because water (distilled, demineralised or reverse osmosis water) is actually beneficial in maintaining proper engine cooling. Most manufacturers offer a pre-mix somewhere around 50/50.